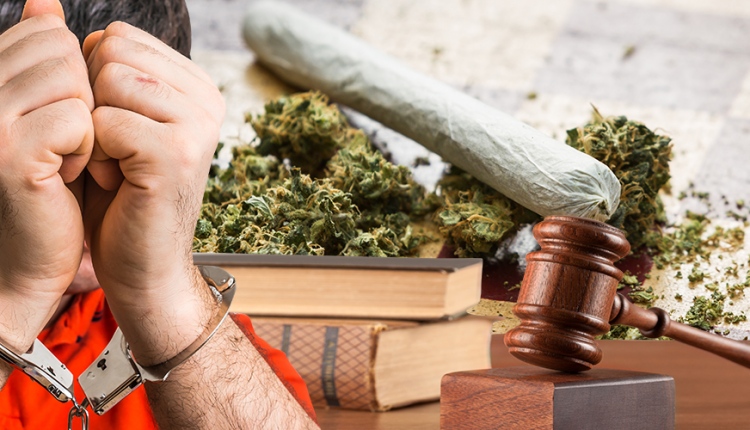 How Can A Marijuana Lawyer Help A Defendant: Reasons Why Cannabis Is Difficult to Legalize

Marijuana or cannabis is one of the most controversial types of drug types in the United States. There is a huge movement backing up marijuana to be fully legalized but their efforts are thwarted by many reasons. A marijuana lawyer that specializes in criminal defense could provide great legal advice to anyone tangled with a cannabis case. Working with a lawyer can help in avoiding any further run-ins with the law.

The movement of cannabis legalization has started in the late 20th century. California made the headlines when it has become the first state to pass a decree allowing the decriminalization of cannabis for medical use. Medical marijuana was later accepted and legalized in some states. In 2012, both Colorado and Washington allowed ballot initiatives for the legalization of marijuana. However, cannabis is still an illegal drug in certain states that can spell trouble for individuals not familiar with the law.

In 2019, more states allowed the use of cannabis but it is still not legalized at the federal level. This uncertainty in cannabis led to confusion, causing people to get in trouble with the law. The question remains as to why marijuana was ever deemed illegal in the first place.

It has almost been a century since the clash between making cannabis an outlaw and making it legal started. Cannabis advocates worked very hard to decriminalize the substance and succeeded in multiple ways. However, it is not a complete victory for the advocates as the federal law remains intact with the prohibition of cannabis.

Here Are Some Reasons Why Cannabis Is Hard To Fully Legalize:

Advocates promoting the legalization of cannabis does not make a convincing plea for their case. Some supporters of cannabis claim that the substance can cure all diseases, promoting open-mindedness, creativity, a closer relationship to God or cosmos, and moral progression. These reasons are unconvincing, unrealistic, and might look too delusional for the people who do not use the substance. These reasons do not help the prevailing stigma, image, and reputation of a cannabis user. Most cannabis users are seen by the public as a burnout who risks the possibility of imprisonment and arrest for the sake of a quick endorphin release.

Perception of the Drug

The 1970 Controlled Substances Act has classified cannabis under Schedule 1 which lists the most dangerous, addictive, and highest potential for abuse types of drugs compared to other substances. There is an outlook that people who use marijuana get addicted and abuse the usage of the drug. While it is true that some people get addicted to cannabis, several other people do not get dependent on it, much like how legal alcohol works.

Cannabis has seen many claims of considerable medical advantages to many Americans with various ailments. The illnesses include cancer and glaucoma. However, these beneficial effects are not accepted on a national level. The medical use of cannabis remains to be up for debate and continues to stir controversy. There are many skeptics about the claims related to the medical benefits brought by cannabis. Advocates fighting for the legalization of cannabis highlight the impact brought by the drug to people who utilized it for medical uses. The medical use of cannabis is a sensitive issue which is why it is best to consult a marijuana lawyer who specializes in the field just like the firm called Benari Law, to get a better understanding of the jurisdictions and federal laws.

Cannabis is often associated with “stoners”, people who are drug addicts and are not doing anything with their lives. It is a stigma and a stereotype that makes it hard to build enthusiasm, as well as support for the legalization of the drug. Cannabis users have various lifestyles but it is often stigmatized with “lowlifes”.

The anti-marijuana movement gained momentum in 1930 and was linked to the time when prejudice against “Chicanos” rose in heights. The term marijuana originated from Spanish and was often associated with Mexican-Americans, just like how the Chinese were stigmatized as opium addicts and African-Americans were connected to crack cocaine addiction. In the 1960-1970s, cannabis became popular among white Americans which made the drug no longer tied to an ethnic group or race.

The early anti-drug legislation was written to regulate narcotics like opium and heroin. Marijuana is not a narcotic. However, the association of cannabis to narcotics like heroin affected the vast consciousness about the substance. Normal and recreational drugs were nicotine, caffeine, and alcohol. Meanwhile, the “abnormal” and illegal drugs are cracks, methamphetamine, and heroin. Cannabis is linked to the latter classification which makes it harder to be accepted as a legal drug.

Cannabis has a long way to go when it comes to legalization. As of now, the drug is legalized in some states, depending on the usage while other jurisdictions are more lenient with recreational use. Some states are still against it. Still, the federal law is not legalizing the drug. Anyone who might be entangled in a case related to cannabis must work with a specialized marijuana lawyer who can aid the client in dealing with the legality of his or her cannabis usage.